There are major concerns surround the heavy burden of debt servicing, the instability created by election cycles, geopolitics and war, as well as the lingering threat of food insecurity caused by conflict and adverse weather conditions on the African continent. 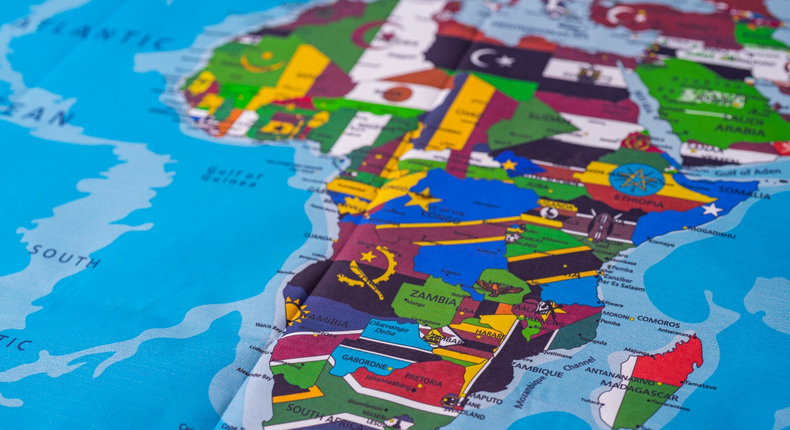 Africa’s economic recovery has been disrupted in 2022 by a range of internal and external shocks—including adverse weather conditions, rapidly rising inflation rates, higher borrowing costs and softer demand in major export markets.
Some of these factors will subdue growth prospects in the year ahead, but the region is expected to hold steady rather than suffer a major downturn in economic growth.

Here are a few of the major trends, issues and events that will shape the trade and investment landscape across Africa in 2023, according to EIU analysts.

Related Articles
Deputy President William Ruto held a meeting of the Intergovernmental Budget and Economic Council (IBEC)
Similar conditions will hamper growth in Nigeria, although the economy will benefit from resilient commodities trade and dynamic consumer goods and services markets in major cities, pushing growth to 3.1% in 2023.

Meanwhile, Kenya is expected to be the fastest-growing major economy in Africa during 2023, posting real GDP growth in the region of 5%.

Exchange rates will remain under pressure

Most African currencies have lost substantial value against the US dollar during 2022, and the report predicts the exchange-rate weakness to continue into 2023, albeit to a lesser degree.

The currencies of the troubled states of Sudan and Zimbabwe will be among the weakest in the world during 2023, while Ghana, Malawi, Sierra Leone, Ethiopia and Egypt—which will all suffer from elevated rates of inflation—will see their currencies depreciate by more than 10% against the US dollar.

African majors of Nigeria, South Africa, Angola, Algeria and Kenya will not be exempt from currency weakness and will experience further depreciation of their currencies against the US dollar in 2023, largely due to tighter global financial markets, weaker external demand and price pressures at home.

The need to service and roll over large amounts of debt at a time when domestic and international borrowing costs are on the rise will weigh heavily on some countries in 2023, and things could get even more painful in 2024 when more capital repayments fall due.

Ghana, Tunisia, Egypt, Congo-Brazzaville, Zambia, Zimbabwe and Mozambique have enormous amounts of debt (relative to GDP), and their governments will grapple with debt-servicing burdens that eat up a substantial share of their revenue in 2023.

Elsewhere, major economies of Algeria, Angola, Ethiopia, Gabon, Kenya, Nigeria, and South Africa have seemingly manageable levels of public debt, but these countries will suffer from high and rising debt-servicing costs—especially Nigeria, where the debt/GDP ratio is low, but debt is hugely expensive to service.

Elections will pose a risk to stability

Election time can be very unstable in Africa, and the 2023-24 cycle will be no different, with a high risk of political protests, mass demonstrations and strikes in a range of countries. Africa will hold head of state (presidential or prime ministerial) or national legislature elections in 17 states during 2023, and upcoming elections in countries like Algeria, Madagascar, Nigeria, South Africa and Zimbabwe could prove to be flashpoints for disruptive civil unrest in 2023.

Worsening socioeconomic conditions in some of these countries driven by subdued wage growth, the rising cost of living and food security concerns could also prove problematic for incumbent or new government administrations.

Government and Association of Banks reach agreement on DDEP

Government and Association of Banks reach agreement on DDEP

SIGA awaits cabinet approval on listing of SOEs on GSE