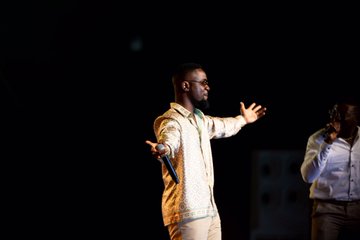 Sarkodie, has in diverse ways proven to be one of the greatest rappers in Africa and why he’s the most awarded African rapper.

In the early hours of Sunday 4th July 2021, a video of Sarkodie was making waves on social media. The Sarkcess Music frontman, in the video is seen paying tribute to the late Barima Okyere Boateng with a heartfelt on-demand rap verse.

Sarkodie has received enormous lauds on social media from his fans and his celebrity colleagues.

Ghana’s @sarkodie delivering a tribute in a rap form